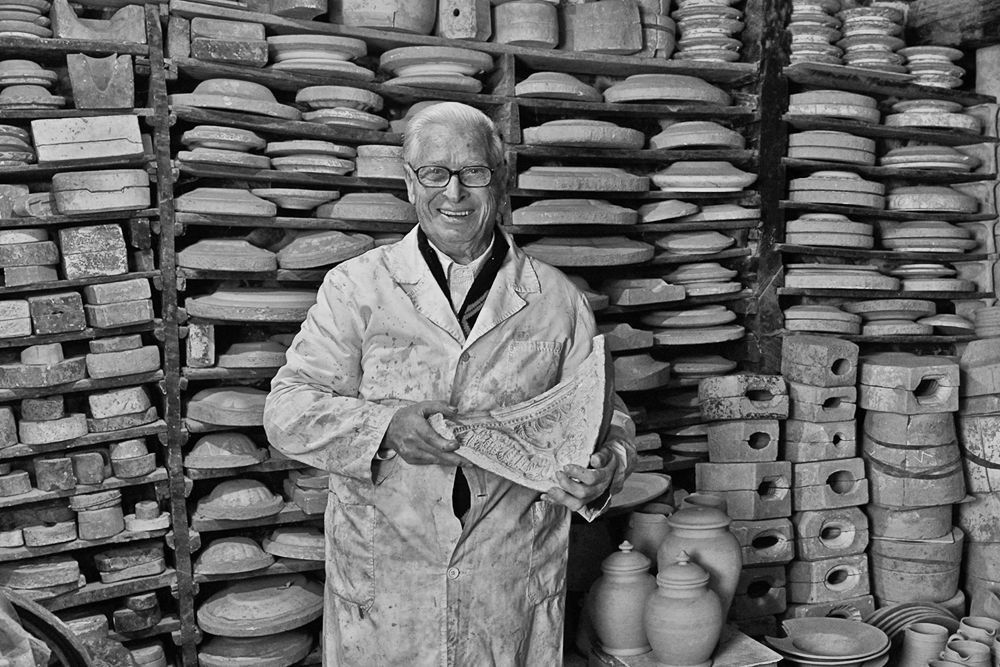 Vincenzo Di Simone was born in Castelli (TE) in 1933. The house in which he came into the world was located near an old ceramics workshop, so as a child clay became the material he preferred to play with. As a teenager he used to hang out in the majolica factories, and at the age of seventeen he was hired as an assistant in the workshop of Luigi De Angelis, where he would remain until 1970. Here he focused, in particular, on the techniques of glazing, moulding, fashioning and firing the artefacts.

In 1970 he was given responsibility for the ‘great bonfire’ that is lit in Castelli on the feast day of St Anthony, patron of the fire used by artisans. In these years he collaborated with the decorator Romeo Di Egidio, a professional partnership that lasted for a decade.

From 1980 to the present day his son Antonio, a decorator, has worked alongside him. Since the eighties he has gone through periods of great creative freedom. He began to carry out thorough research into the art, which led him to revive ancient formulas for making the colours typical of Castelli ceramics. He made the glaze himself and formed his pieces with vintage moulds uncovered in his very old workshop, the only one to be listed by the Cultural Heritage Service. 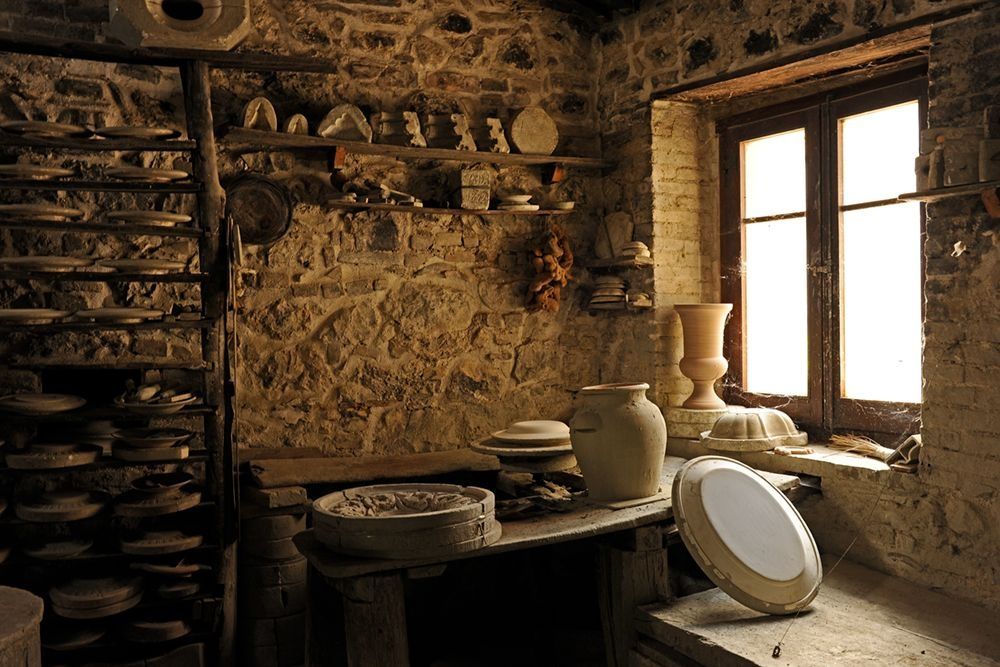 He fired his creations in the kilns known as forni a respiro, which he still uses today and has built for the local community. His reputation has spread throughout the country, partly due to his numerous appearances on TV programmes in where he has presented his ‘crib out of the kiln’; his name has also been mentioned in influential specialist magazines.

With strong ties to the know-how of the region in which he works, he received a plaque from the mayor of the town of Castelli in 2000 to mark his dedication and effectiveness in preserving and handing down the tradition of ceramics. In 2012 he was awarded the ‘Oscar of Ceramics – Old Workshop’ by the Istituto Torricelli Ballardini in Faenza, under the aegis of the Ministry of Education, University and Research. He currently lives and works in his beloved Castelli.