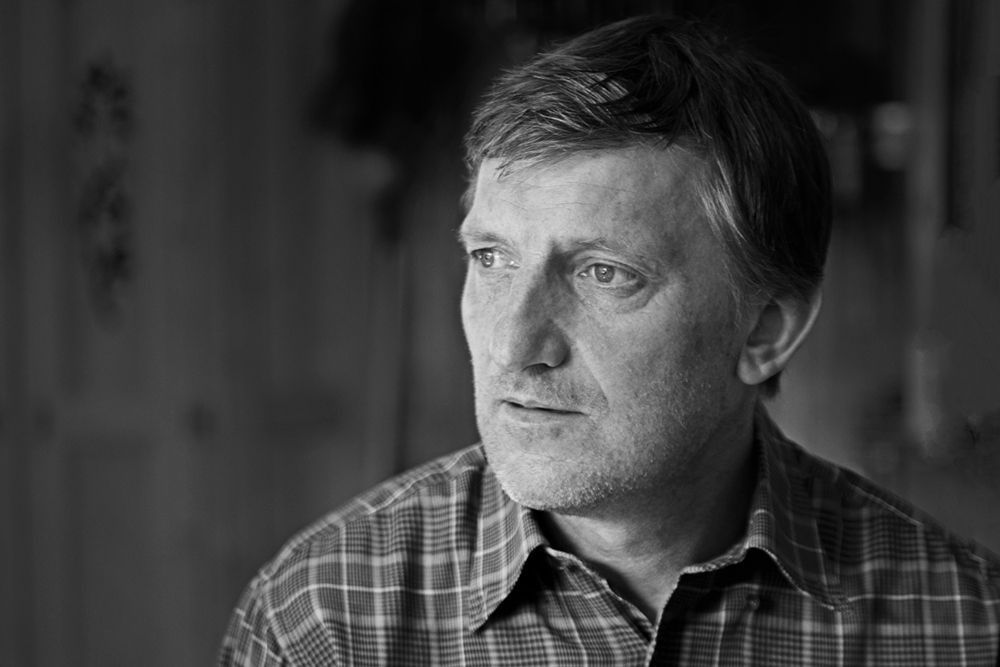 Georg Demetz Pilat was born in 1962, the fourth generation of a family with strong ties to the art of woodcarving. After completing his studies of sculpture at the Istituto d’Arte in Ortisei, he was given the possibility of learning the craft from several masters.

In 1987 he earned the title of master carver and started his own business. At his workshop in Ortisei he does carvings to order and makes one-off pieces in wood and bronze. He selects the type of wood personally, cuts it down with a bow saw and once it is the right size starts to block out the sculpture.

Always fascinated by people who lead a simple life, the craftsman Demetz Pilat likes to use the expressiveness of wood and the modelling of faces and clothing to bestow on his figures the character and distinctive features of peasants and hunters. However, his production also includes sculptures of musicians, sacred personages and figures for nativity scenes.

His work has been shown at exhibitions in Italy and abroad, in places like Bozen, Trento, Milan, Munich and Anras (Austria), and twice in America, at the Rollins Gallery in Vail, Colorado, in 2000 and 2001. He has taken part on many occasions in the Unika arts and crafts fair in Val Gardena, where he has been given a certificate of loyalty for his assiduous participation over a period of almost twenty years.

His works have appeared in the magazines Ville e Giardini (2009) and Mestieri d’Arte & Design (2009). His workshop is recommended in the Italia su misura guide to the artisans of Italy (2015). Inseparable from the carver’s gouges, Georg Demetz Pilat’s hand creates marvels in wood that are filled with poetry.