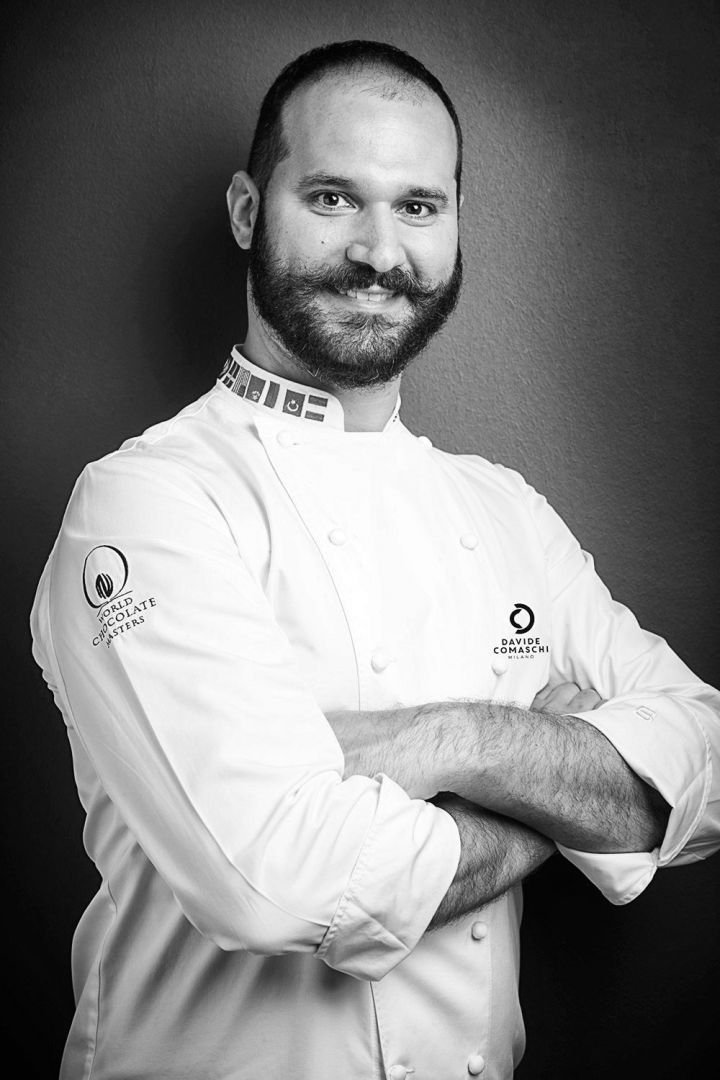 Davide Comaschi is considered the wunderkind of the chocolate world. His story is a fairly recent one, made up of a string of successes that have followed one another at a striking pace. In fact he embarked on his career as a very early age, taking a diploma in 1996 as baker and pastry cook at the CAPAC in Milan.

His early experiences at the Pasticceria Martesana in Milan brought him into direct and daily contact with the flourishing reality of an artisanal confectioner’s. He would return there in 2005 with a single objective: to continue his professional growth by taking on the role of head pastry chef. An all-round confectioner, he saw chocolate as the raw material that best suited him and learned to work it skilfully. He took part in competitions in which he achieved great success and won a series of prestigious prizes: in 2011 the silver medal at the Coupe du Monde de la Pâtisserie; in 2012 the title of Campione Italiano di Cioccolateria; and in 2013 he became the first Italian to stand on the highest step of the podium at the World Chocolate Masters. 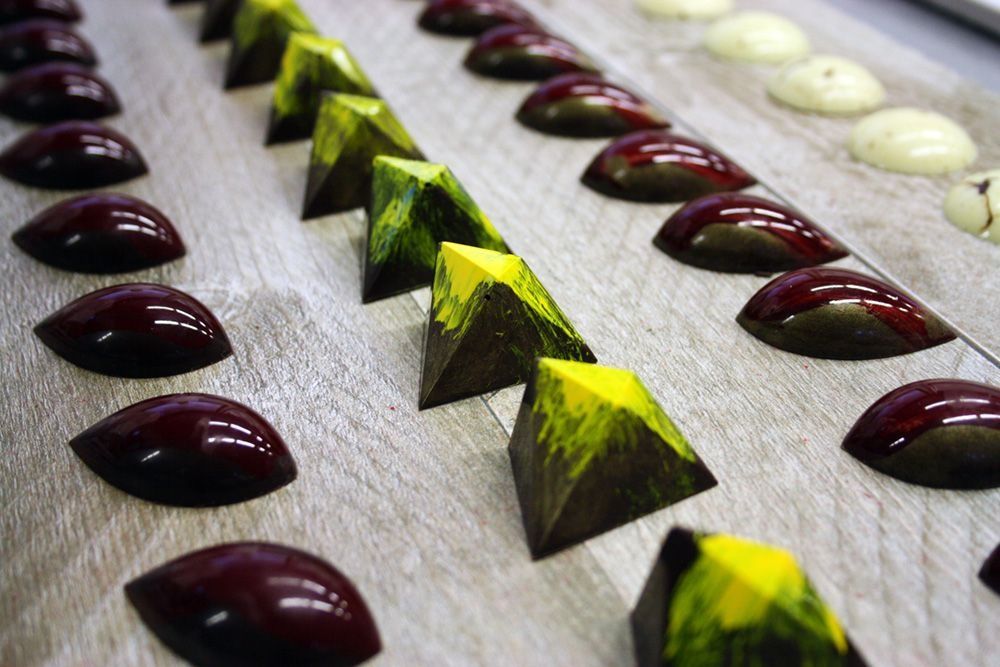 Since 2016 Comaschi has played an active parte in the planning and running of the Chocolate Academy Milano, a project emblematic of his professional partnership with Barry Callebaut, a leading company in the world of cocoa processing. Comasci’s horizons have continued to broaden in a series of international projects with this manufacturer, which have led to him assuming his current role of Global Innovation Creative Lead, a key position in the company’s plans for worldwide expansion, working as a pastry chef and chocolate designer in close contact with the marketing and research and development departments. A professional challenge but also a way of keeping up with innovations in the world of chocolate and making a direct contribution to their conception and experimentation. Today Davide Comaschi’s story has been crowned with this new mark of recognition: that of a Master of Arts and Crafts.