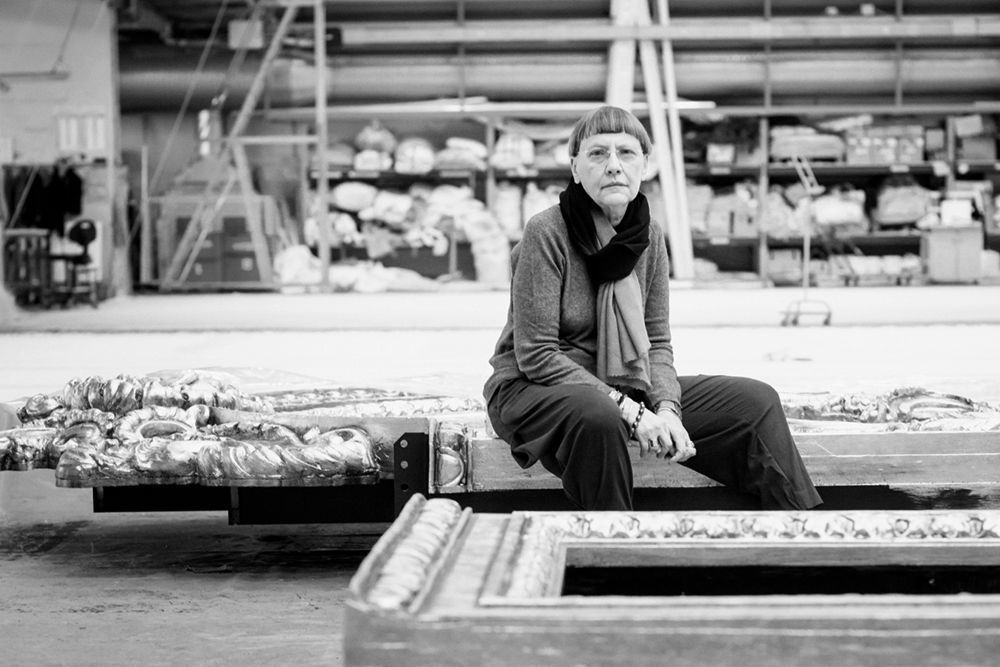 Margherita Palli, the well-known stage designer from Ticino, lived and studied in Lugano before moving in 1968 to Italy, where she took a diploma in stage design at the Accademia di Belle Arti di Brera in Milan.

She worked in Alik Cavaliere’s studio with Pierluigi Nicolin on the 16th Milan Triennale and with Gae Aulenti on the design of the Musée d’Orsay in Paris and the staging of several theatrical productions, confirming her place as one of the most interesting and talented figures in the panorama of Italian and international stage design.

In 1984 she began to work as a stage designer with Luca Ronconi: a fruitful and constant collaboration that led to her creating the scenery for many of the productions staged by the great director, following him around as he did his work in theatres and events in Italy and the world, from the Venice Biennale to the Piccolo Teatro in Milan, from La Scala to Rome Opera House, and then the Maggio Musicale Fiorentino, the Salzburg Festival, La Monnaie in Brussels, Zurich, the Greek Theatre in Syracuse, the NNT in Tokyo...

Over the years she has staged a huge number of operas and plays, working with directors and choreographers of international fame. In 2006 she designed the costumes for the Feast of Saint Rosalia in Palermo with the choreography of Daniel Ezralow. She has also staged several displays and art exhibitions in collaboration with Italo Rota and Luca Ronconi.

Over this period she has received many awards for her activity in theatre and opera, including the Premio UBU on six occasions, the Premio Abbiati, the Premio Gassman, the Premio ETI – Gli Olimpici del Teatro and the Premio dell’Associazione Nazionale dei Critici di Teatro. In 2007 she entered the Guinness Book of Records with the biggest wall of screens in the world, erected at the Triennale di Milano.

Since 1991 she has also devoted herself enthusiastically to teaching: she is director of the three-year course in Stage Design at the NABA (Nuova Accademia di Belle Arti) in Milan and a professor in the Faculty of Design and Arts at the IUAV University in Venice.