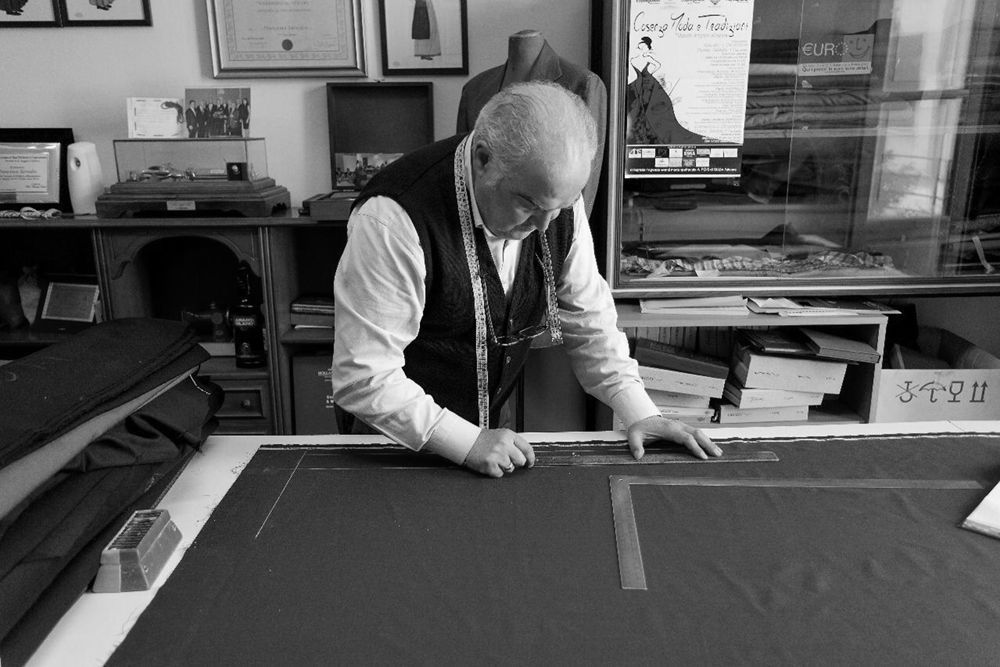 Francesco Servidio was born at Roggiano Gravina in 1960, but has always lived and worked in Cerisano, a small town in the province of Cosenza. Apprenticed to a tailor at the age of nine, he started to work his way up in the trade at the Sartoria Caputo in Cerisano.

When he was fourteen he embarked on a series of work experiences in local tailor’s shops, until he met master tailors De Franco and Greco, who took him on in their shop in Cosenza, where they made bespoke clothing for the most elegant of the city’s families.

His passion for tailoring took Francesco Servidio on an incessant quest for improvement, earning him many marks of recognition even in his youth: the first came in 1986, at the age of just twenty-six, when he won an award at Roccella Jonica as “Young Tailor of Calabria”.

Since then his reputation has grown at a national and international level: he came second in the prestigious ‘Forbici d’Oro’ prize of the Accademia Nazionale dei Sartori (an academy of which he is now national councillor) in 1998, 2000 and 2002, while in 2010 he won the academy’s first prize, for having been able to infuse style, technical ability, creativity and formal rigour into his creations of menswear. 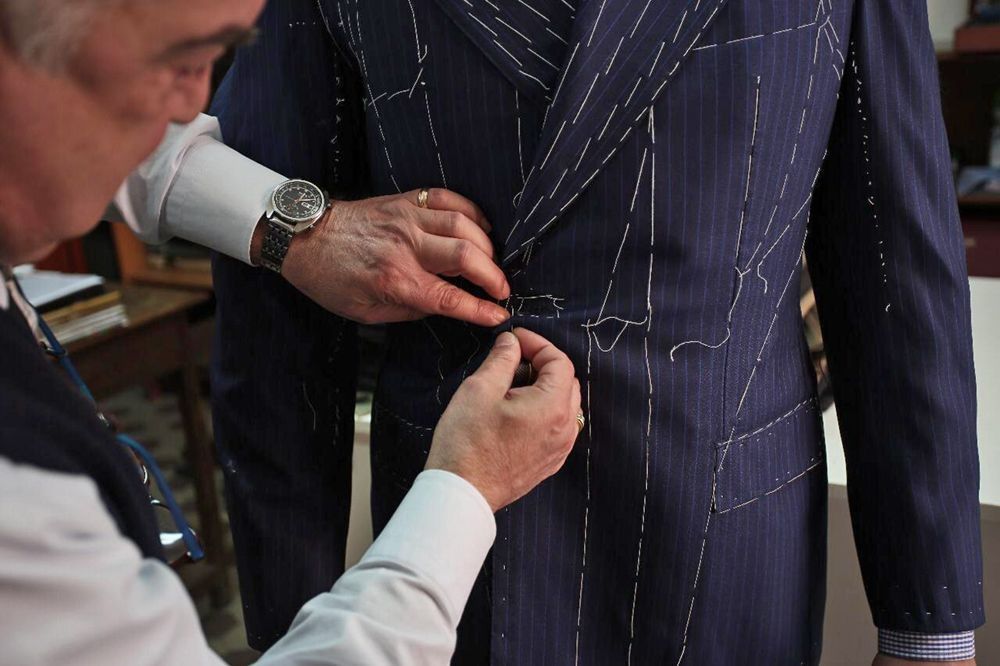 Servidio opened a business of his own in 1981, and since then has been wielding needle, thread, tape measure and scissors with great skill to create perfect suits. He does not believe that men’s fashion has necessarily to adhere to a classical style, but that personal technique should be united with imagination and a capacity for renewal, in order to meet the tastes of new generations: always in the name of tradition and of excellence and its rules. He wins over his customers with the skill shown in hand-stitching, finishes, borders, as well as in shoulders, buttonholes and felling. He has always called for a professional training that would introduce young tailors to the theory and practice of clothes making, but with a special sensitivity to new tendencies and the tastes of the present day.