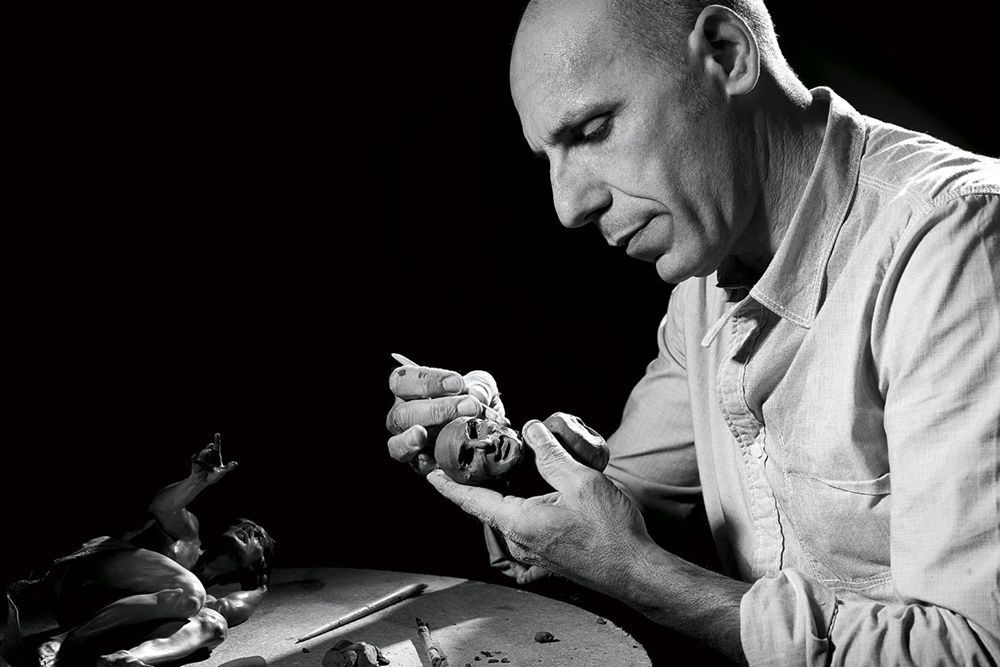 At San Gregorio Armeno, in the heart of Naples, stands the craft workshop of Ulderico Pinfildi, consummate master of the art of the nativity scene.

Raised in the family workshop, his is what he likes to call ‘a continuation of the blood’. Established in 1986, the workshop is run by Ulderico, who together with his wife Imma has picked up the baton from his father Alfredo. In his home-cum-workshop you breathe the atmosphere of the extraordinary world of which the Neapolitan presepe or crib has been a unique expression since the 18th century.

The beauty and mastery of execution of Ulderico Pinfildi’s nativity scenes make them moving and enchanting. Amongst all the great exponents of the Neapolitan tradition, still very much alive in the city’s workshops, he is considered a true artist of sacred and secular sculpture. For in the Neapolitan presepe sacred and profane are indissolubly linked, and it is in the realism of its representation of the Nativity, set firmly in the life of the city’s people, that the strength of this fascinating and engaging imagery lies.

On top of his family heritage, Pinfildi has followed a path of his own as a talented autodidact: he studied art history, making the emotional discovery of Caravaggio and the Italian painting of the 18th century; he immersed himself in the reality and beauty of his city, a Naples filled with artistic treasures, mysteries, light and shade. 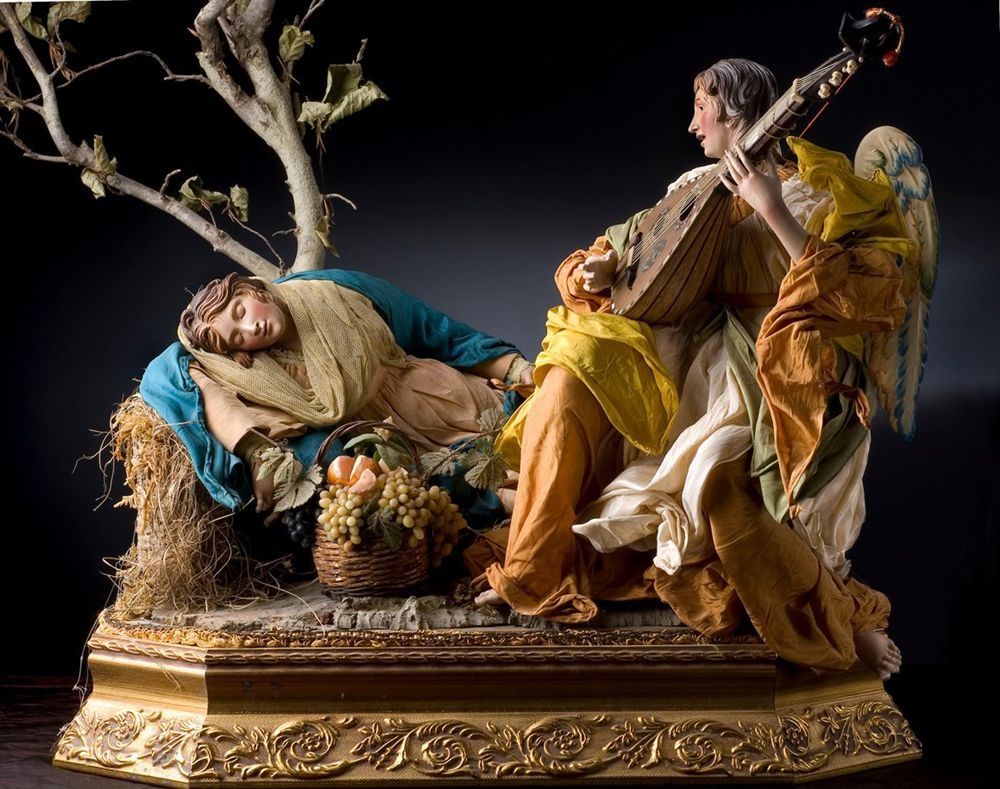 His cribs are characterized by a dramatic theatricality, rooted in precisely that Caravaggesque contrast of light and shade. The figures are little masterpieces of sculpture, carved with supreme care and skill in every detail: in the expressions on the faces, in the postures and the clothing, in the attitudes given to the figures, echoing the force of Michelangelo, the dramatic tension of Caravaggio, the expressiveness of Giuseppe Sammartino’s Veiled Christ.

Pinfildi’s works are sought after by collectors from all over the world and he has taken part and still participates in the most important events celebrating the art of the nativity scene, winning prestigious prizes and awards as the supreme exponent of a craft that has no counterpart elsewhere in the world.