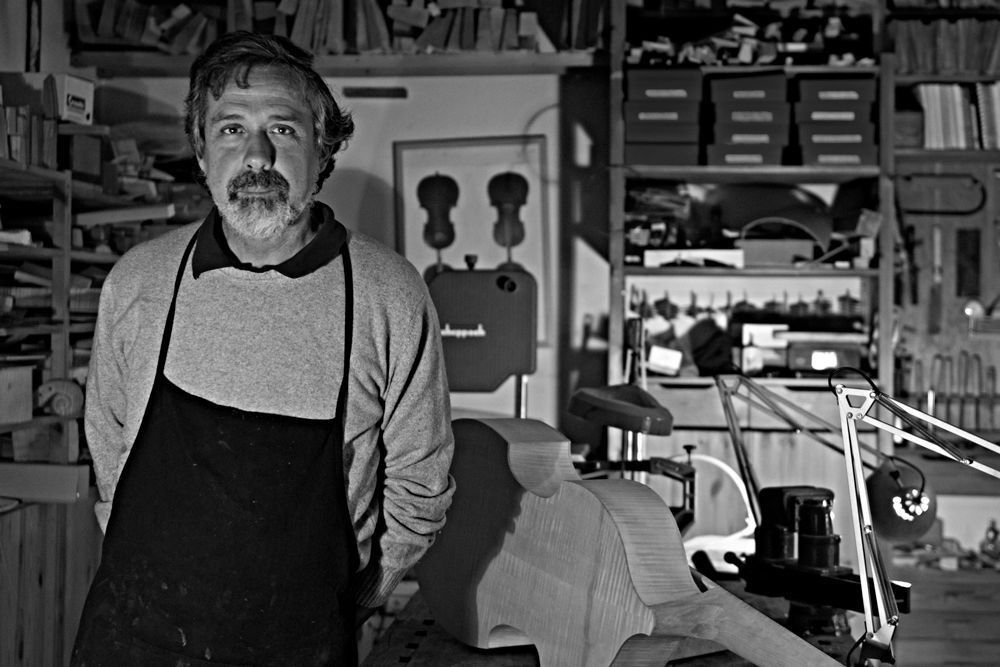 The master luthier Carlo Chiesa is one of Milan’s finest craftsmen. Trained at the Civica Scuola di Liuteria of the municipality of Milan, he makes modern and baroque stringed instruments in his renowned workshop.

Alongside his practice of the luthier’s art, he studies antique instruments and carries out historical research into a range of subjects connected with Italian instrument makers and their techniques. In 2003 he was appointed conservator of the collection of stringed instruments at the Milan Conservatory and he has been a member of the International Society of Violin and Bow Makers (EILA) since 1999. For years he has taught the history of the art of making stringed instruments at the venerable Scuola Internazionale di Liuteria in Cremona.

He regularly gives lectures and talks on the history of instrument making and the style of the Italian luthiers of the past for experts in the sector at conferences all over the world. 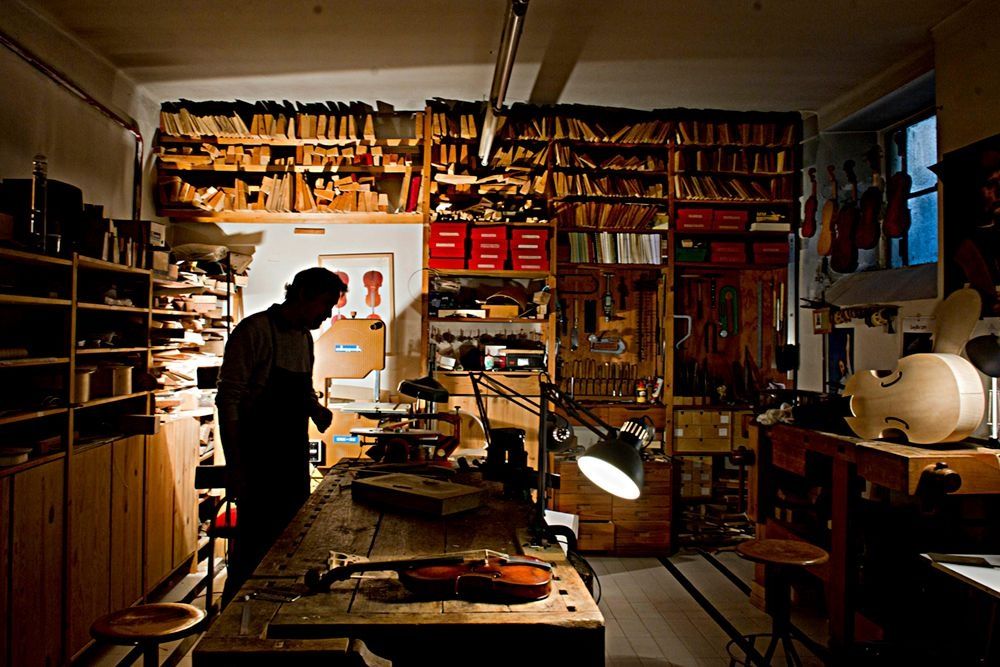 He has brought out an extensive range of publications. Worth mentioning in particular are the book co-written with Duane Rosengard The Stradivari Legacy – L’eredità di Stradivari (London 1998), the monumental study The Violin Masterpieces of Guarneri del Gesù (London 1994, co-authored with Dilworth, Hargrave, Rosengard and Pollens) and the catalogue of the Ashmolean Museum in Oxford (Musical Instruments at the Ashmolean Museum, Oxford 2011). In 2014 he had the honour of sitting on the jury of the International Violin Competition of Indianapolis, organized by the VSA (Violin Society of America).

Chiesa carries out an intense teaching activity and is happy to take youngsters wishing to improve their craft under his wing: in particular he hosts every year the apprentices of the project ‘A School, a Job. Training to Excellence’ promoted by the Fondazione Cologni, favouring the passing on of his know-how to new generations of aspiring practitioners of this ancient art, which has its jewel in the crown in the Cremonese tradition of instrument making and which the master luthier Chiesa interprets with insuperable expertise and skill.