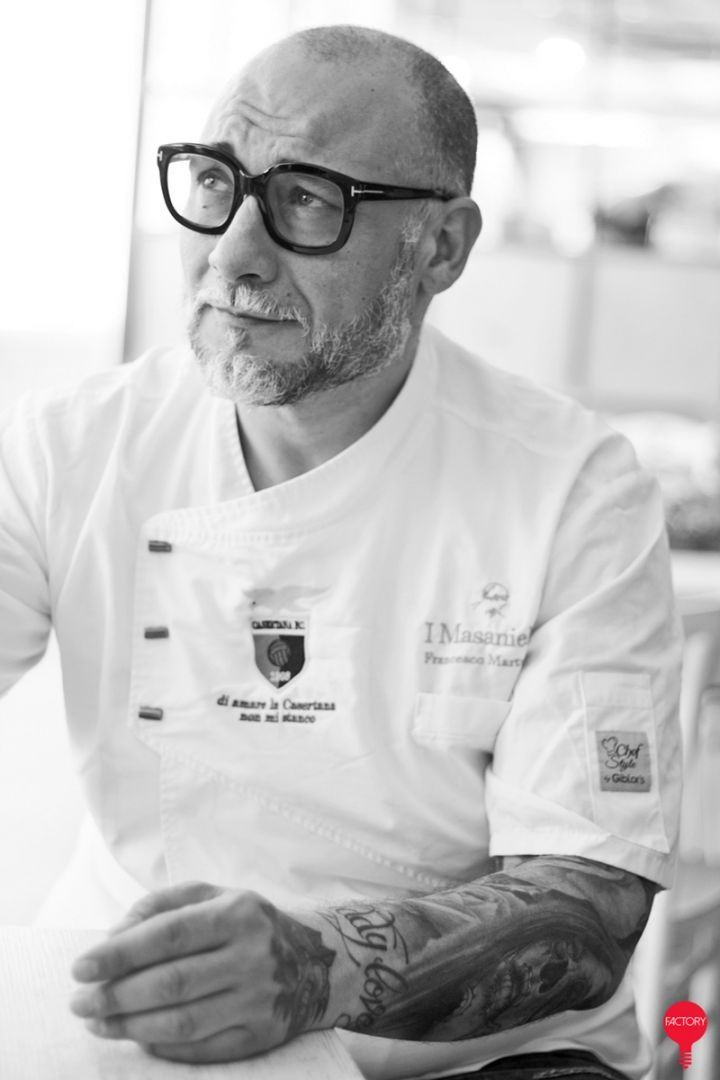 ‘Well done is better than well said’: almost a mantra that can be used to characterize the style, the discipline and above all the passion of Francesco Martucci, past master of the art of the pizza. Present on the most important stages of the gastronomic world, where articles, guides and reviews have all sung the praises of this artisan, who has turned his technique and his meticulousness into a signature style.

Goals achieved with his hands dusted with flour and the marks on his face of a far from easy youth, one that also entailed sacrifice. Martucci was born in the region of Caserta, and started work in his uncle’s pizzeria at the age of just ten, so that he could make a contribution to the family budget. Employed in the daytime as a dishwasher, it was only in the evening, when the last orders had been taken, that he would be allowed to knead the dough for his first pizzas. After a few years and with some experience under his belt, what at the outset had been a concrete necessity turned into a genuine and deep passion, leading him to open the pizzeria ‘I Masanielli’ in 2001, with his brother Sasà: takeaway pizzas, reasonable prices and a quality that – while it had not yet attracted the attention of the media – certainly earned him the esteem of local customers. In 2017, the Martucci brothers opened a new pizzeria right in front of the gardens of the Royal Palace of Caserta. 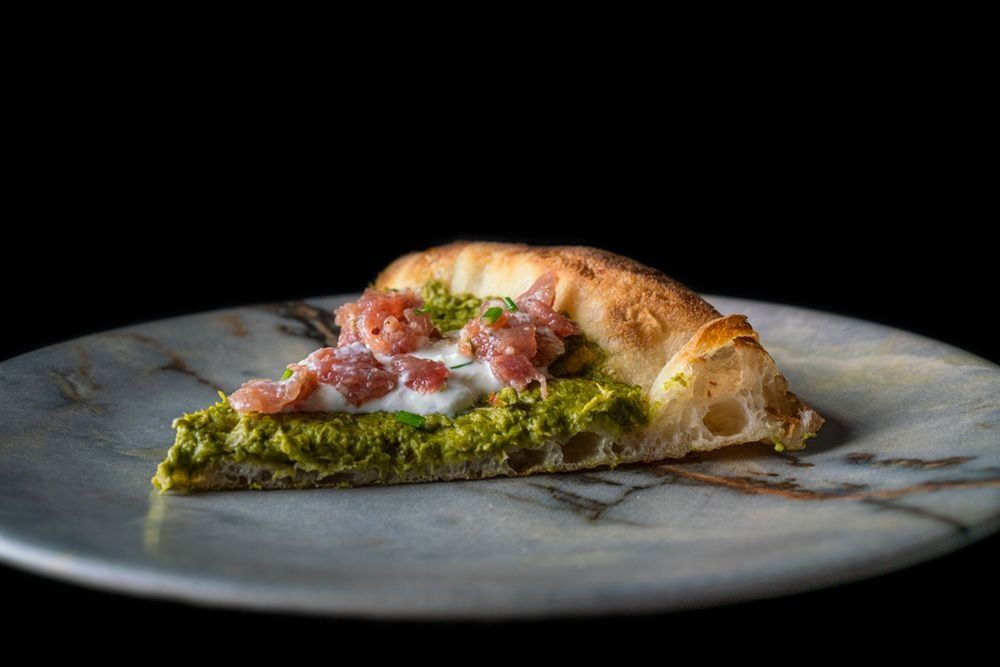 A 320-square-metre kitchen, an arena for the ‘gladiator of the pizza’, from which emerge pizzas in an avant-garde style, expression of a lofty vision of the art of making pizza dough that has reached its peak through a thorough study of ingredients and combinations: a clear reference to haute cuisine. Francesco Martucci is always behind the counter, supervising every pizza, impressing on it his strong, his formidable identity. Whenever he can, he jumps on a plane and goes to sample the best locations for fine dining around the world, drawing new ideas and inspiration from them. Martucci is well aware of what excellence means and places it at the service of his own work, travelling up and down the peninsula to find it if necessary. In 2018 Dissapore crowned him the ‘king of pizza’ and the same year 50 Top Pizza declared him the best pizzaiolo in the world. The following year his pizzeria was classified as among the finest at an international level and he is still regarded as one of the greatest pizza makers on the planet.