While it may be the marvellous furniture and decorative pieces commissioned by the Florence of old that act as the extraordinary drawcard for the tourists who flock to the city and are awed by the magnificent creations of the Medici’s master craftsmen, there is a contemporary version of those old ateliers that can claim a similar fame—Scarpelli Mosaici, featured in all the world’s best tourist guidebooks and travel magazines.

Renzo Scarpelli, born in 1947, is the master craftsman behind the atelier, school and gallery. Here mosaics and hard-stone inlaying are crafted entirely by hand, with painstaking attention placed on the matching of colours and stones and on perfect precision cutting, as if the atelier’s customers—connoisseurs and experts from all around the world—were the heirs to the Grand Dukes themselves. Scarpelli enthusiastically passes on his knowledge of the craft, not only to his children but also to anyone who appreciates the magic and charm of the pietra dura inlay technique, although it is hard to master. Visitors can also watch the craftsman at work in the creation of pieces, starting with the stones that Scarpelli himself collects or selects, turning agate, lapis lazuli, and quartz into the skies, landscapes and flowers that have amazed the world.

From the workshop hand that he was in 1960, when he began learning the secrets of fine carving, to the master craftsman whose masterpieces are sought-after the world over, Scarpelli’s talent and passion has enabled the atelier to keep alive for future generations an artistic technique that Florence displays with great pride. 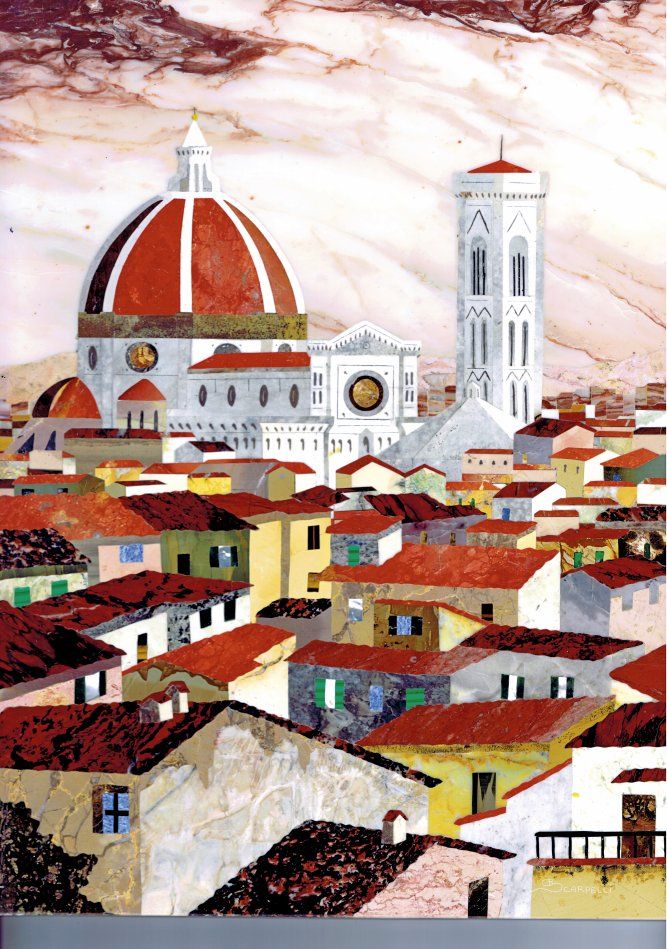