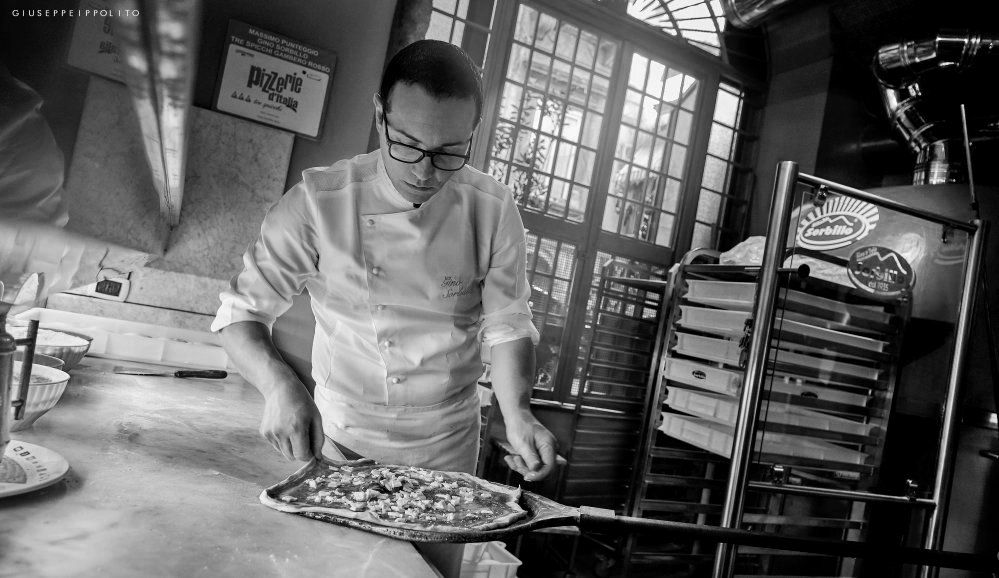 Luigi—“Gino”—Sorbillo is now the third generation of a family of pizza chefs—his father Salvatore was the third youngest of a family of 21 children, all of whom became pizza makers. The family tradition dates back to Naples in 1935, but it has been Gino Sorbillo who has taken it to new levels, thanks to this passion and talent, but also his extensive training and tremendous flair for innovation.

He learned the trade from his Aunt Esterina, considered an institution in Naples, spending time in her pizzeria from a very young age and learning from her the tricks of the trade and the importance of first-rate quality ingredients.

Sorbillo has worked with many big names in the sector, including the great chefs Gennaro Esposito of the restaurant La Torre del Saracino, and Ernesto Iaccarino of the multi-starred restaurant Don Alfonso 1890. He now runs the celebrated pizzeria that carries his name in the historic Via dei Tribunali in Naples, where he works with his brother Antonio, his right-hand man, in what for many enthusiasts of Neapolitan-style pizza is a true temple of delight. Besides the historic pizzeria in the town centre, he recently opened two new branches of the pizzeria Lievito Madre, one near Lungomare Caracciolo in Naples and the other near Piazza Duomo in Milan.

Sorbillo also works to protect and promote the quality of Neapolitan-style pizza.

Together with the Association of Neapolitan Pizza Chefs, he successfully petitioned the European Union for the TSG–Traditional Specialities Guaranteed trademark for traditional Neapolitan-style pizza.

Just nearby the pizzeria, he has also established La Casa della Pizza, in what was the home of his Aunt Esterina. Open to pizza chefs and pizza enthusiasts in general, the house is a place to come together to discuss, debate and exchange ideas about Naples' most famous and best-loved dish. 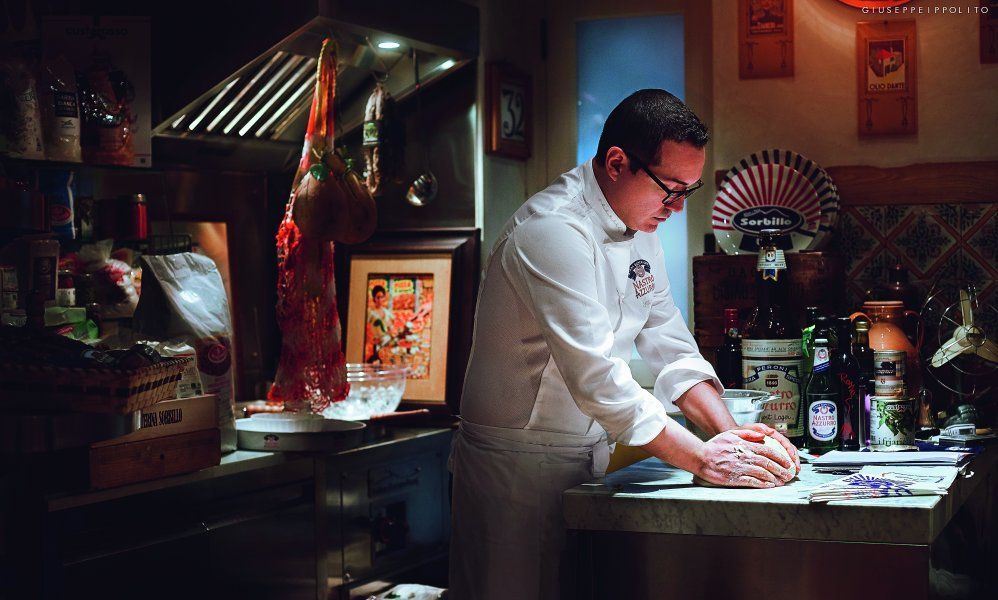