Marisa Vitturi was born in 1940. As was customary for girls growing up on the island of Burano in the first half of the 20th century, she learned the art of lace making at an early age watching her mother and grandmother work at home.

Vitturi studied at the Burano lace making school from 1952 to 1957, where while learning the art the girls also produced lace and sold their work through the school.

Since finishing school at the age of 18, Marisa has always made her lace working from home, producing pieces also on commission for companies, such as Jesurum Venezia 1870. In 2013 she began working with the Atelier Martina Vidal Venezia in Burano, where she trains her fellow lace makers in the art.

She is an expert in the various lace techniques traditional to Burano, but also creates pieces using guipure styles that she herself has invented, such as “size 13 creams with hole”. She has a preference for figurative styles, especially the Virgin Mary and ballerinas.

At the moment she is making an oval centrepiece depicting fruit—estimated production time: three months. 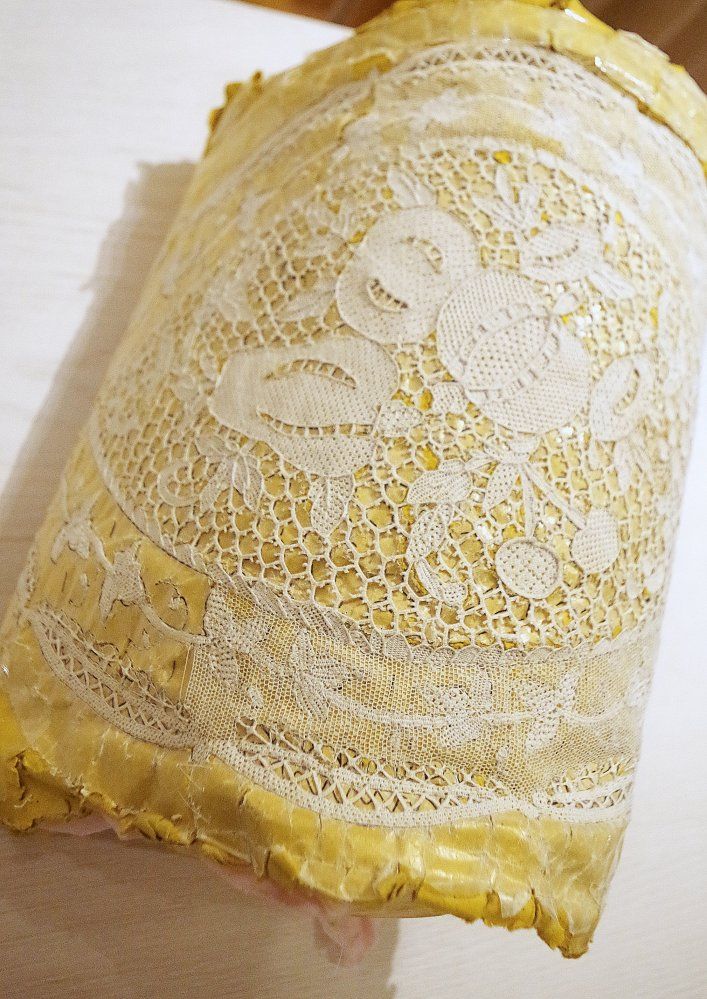