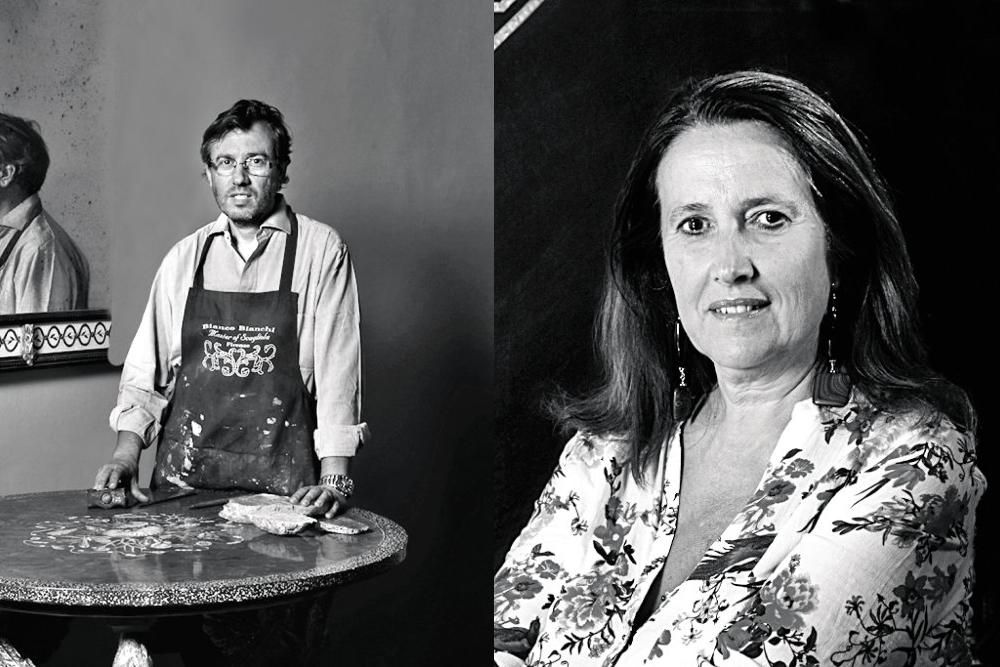 The brother and sister team from Florence, Elisabetta (born 1955) and Alessandro Bianchi (born 1961), learned the arduous craft of scagliola under the guidance of their father, Bianco Bianchi (1920–2006), a collector and master craftsman in the art of Florentine scagliola (also known as “moonstone”), a decorative stucco technique dating back to the 1600s which he brought back to life at the end of the 1940s.

After studying art in Florence, in the early 1980s they joined their father in the family workshop, first as apprentices and then as accomplished craftspeople. Their work has been featured in numerous exhibitions, where they have also given demonstrations of the technique, in Italy and around the world—from Florence, Milan and Rome to Munich, new York and Philadelphia. The family’s collection of historic scagliola pieces has been exhibited at many prestigious cultural venues. The Bianchis also hold conferences and seminars presenting the centuries-old art technique, which involves mixing coloured pigments, natural glues and selenite powder to create precious inlays.

The workshop has attracted the attention of many art publications and television producers, featuring in programmes for RAI (such as Geo & Geo) and Leonardo TV.

The workshop today both crafts and restores scagliola works and holds courses. The unique, extraordinary pieces it creates grace the most beautiful homes around the world, such as the celebrated Medusa table which has become the logo of the Versace fashion house.

The workshop also hosts a museum, where age-old pieces and restored works form one of the most important collections of scagliola in the world. 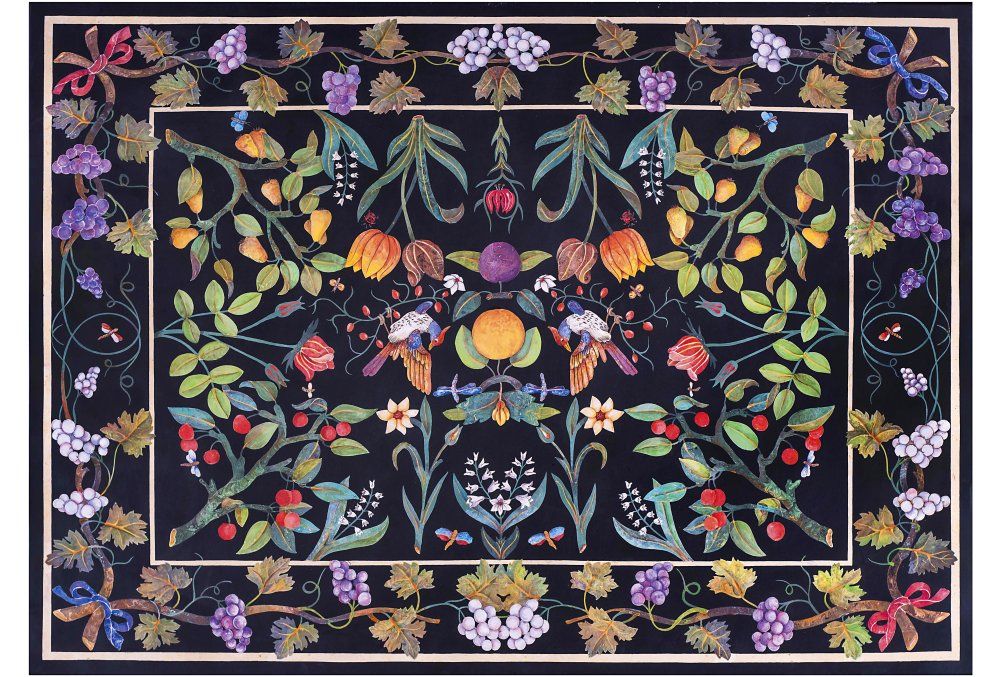