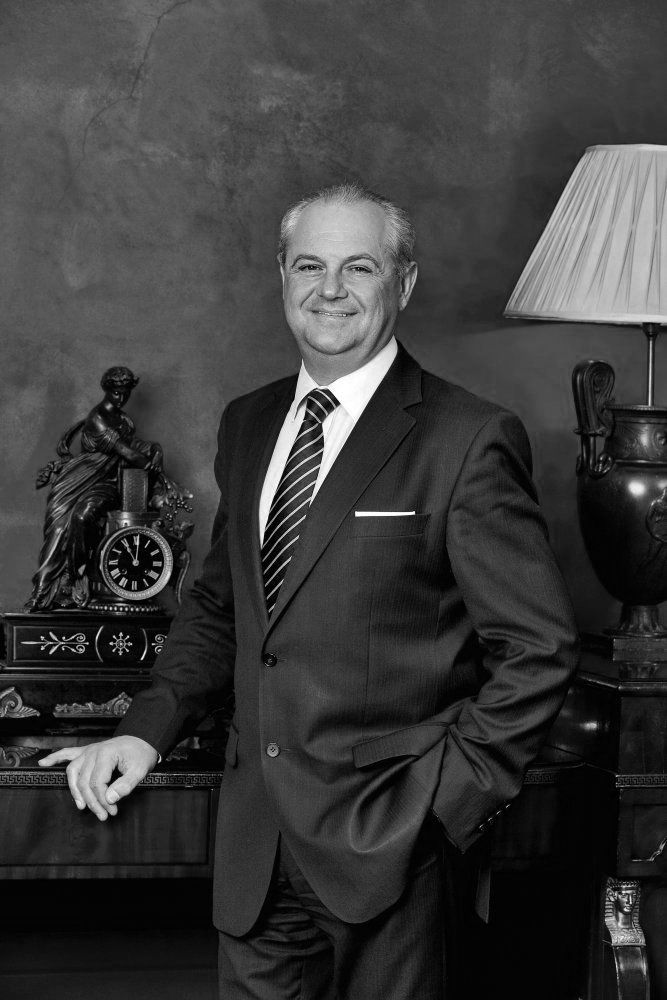 Diego Masciaga was born in Oleggio (Novara, Italy). He enthusiastically studied the delicate art of waiting before embarking on a brilliant career as maître in some of the world’s most celebrated Michelin-starred restaurants, including Alain Chapel’s restaurant in France.

Having travelled Europe, in 1983 he moved to London to work at Le Gavroche, where he was soon promoted to chef de rang. In 1985 he moved on to manage Le Mazarin for the Roux brothers, another legendary temple of French cuisine which earned its first Michelin star after just four months of opening.

Remaining in the United Kingdom, in 1988 he joined The Waterside Inn, one of the world’s most well-known and prestigious restaurants, as assistant director, becoming director of the restaurant just five months later. As director and general manager, Masciaga managed the celebrated venue for over twenty years, running a tight ship with impeccably excellent service, where patrons were treated like kings.

In 2014 his life and career became the subject of a biography, published in the United Kingdom under the title The Diego Masciaga Way: Lessons from the Master of Customer Service, in which Chris Parker, an influential British communications expert, tells the story of his long, exemplary career at the celebrated restaurant and of his legendary fame in the world hospitality and restaurant scene. The book explains Masciaga’s philosophy and very pragmatic approach to customer service and retention, highlighting the nature and value of service and proposing examples and exercises to help develop a personal and team style able to reach exceptional levels of professionalism.