Aldo Iacomoni is the undisputed master of one of Tuscany’s oldest traditions—norcineria, or the art of pork. His historic delicatessen, Le Delizie di Aldo, is a special sight to visit in Monte San Savino, in the province of Arezzo, Italy, where patrons can savour one of the best and most famous suckling pigs in Tuscany, roasted over a wood fire with herbs.

The difference lies in the exclusively traditional methods used in preparing and cooking the meat, made with aromatic herbs in ovens fired with heather and laurel wood.

Iacomoni opened his first delicatessen in 1964, immediately winning awards and accolades. From 1964 to 1971, he repeatedly won the prize for best porchetta (suckling pig) at the traditional Porchetta Festival held every year in September in Monte San Savino, an event that has contributed greatly to spreading this delicious local speciality. In 2010 Iacomoni set the Guinness World Record for the longest porchetta in the world—a mouth-watering 44.93 metres of pork!

The delicatessen also receives students from ALMA–International School of Italian Cuisine, who come to learn directly from the master the art of meat cutting. Iacomoni demonstrates to the aspiring young chefs how to perform standard cuts of meat, passing on a delicate art with illustrious historical roots, which requires extensive training and specific skills.

Today Iacomoni works with some of the greatest and most celebrated chefs in Italy, such as Carlo Cracco, who after having received a gourmet basket of Arezzo specialties decided to order the Tuscan delicatessen’s products for his restaurant in Milan. 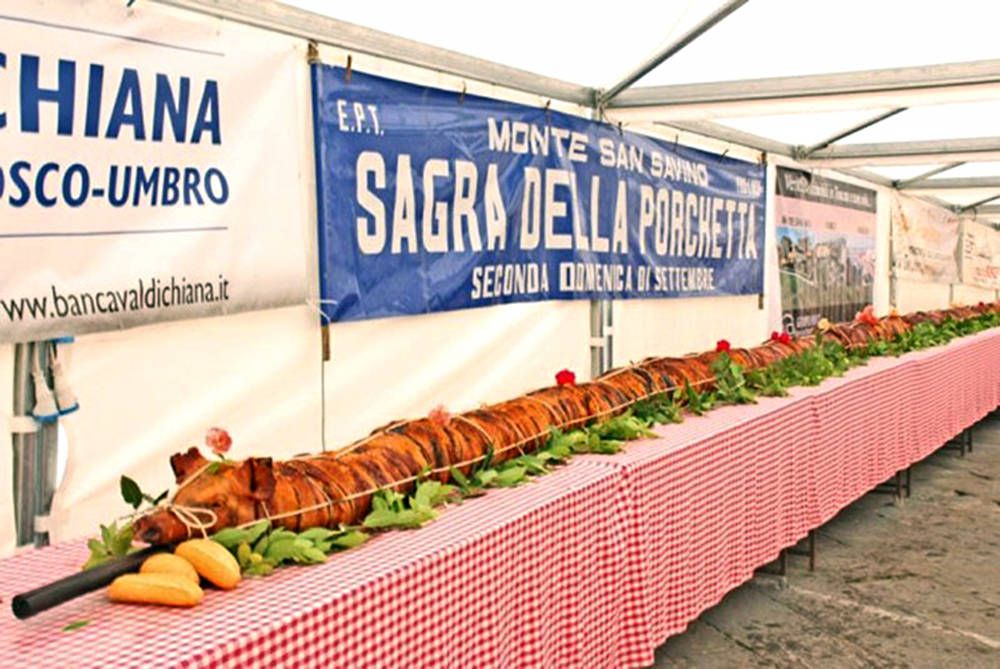