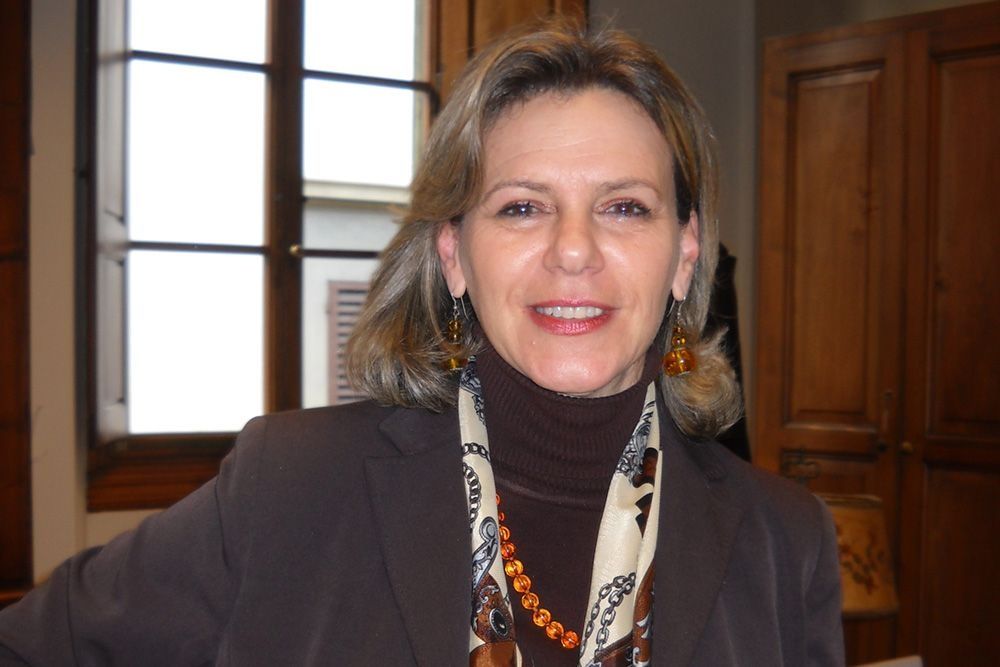 A restorer who earned her diploma from the Scuola dell’Opificio delle Pietre Dure (Semi-Precious Stone Workshop School) in 1982, with a specialisation in restoring drawings and prints, in 1994 she graduated in History of Art from the University of Urbino. In 1985 she became an Official Restorer of the Opificio delle Pietre Dure, and in 2006 the Technical Director of the Department for Restoring Paper and Membrane materials. In 2009 she went on to become a Director of the Opificio’s “Scuola di Alta Formazione e Studio” (Higher Training and Study School). In 2011 she was appointed co-director of the first-level Master’s in “Conservation and restoration of contemporary artworks” organised by the OPD, and since 2016 she has been the head of the ITP International Training Projects run by the Ministry of Heritage, Culture and Tourism.

Having specialised in studies of graphic techniques, over the course of her career she has restored, amongst others, works by Leonardo da Vinci, Raphael, Guido Reni, Giovanni Segantini, Giuseppe Pellizza da Volpedo, Umberto Boccioni, Federico Fellini, Savinio, Mino Maccari and Marcel Duchamp. She has also written numerous works on restoring drawings and works on paper and parchment. In 2014 she oversaw the publication of the volume entitled “Il futuro del Contemporaneo” and “I professionisti del restauro”, both of which are published by Edifir.

She coordinates restoration courses at Florence’s time-honoured Opificio delle Pietre Dure, jewel in the crown of the artistic training process in Italy. This five-year course for restorers is today equivalent to the five-year courses run by universities. The Florentine school admits a maximum of ten students each year, who earn a place through a nationwide competition consisting of a number of challenging tests, ranging from drawing to an aptitude test and a theory exam covering everything from history of art to chemistry and physics. Because today’s restorer must possess a wide variety of knowledge and skills, not just of the artistic and artisan variety, but also scientific.

The professional training courses now run at the School of Opificio delle Pietre Dure cover every area of restoration and conservation: stone materials and derivatives, decorated surfaces in architecture, painted artworks on wood and fabric, works carved in wood, pieces made of synthetic materials which have been worked, assembled and/or painted, materials and objects in cloth and leather, ceramic and glass materials and objects, metal and alloy materials and objects, books and archive materials, paper as well as photographic, cinematographic and digital material.

The rule of talent

She has received the MAM Award for Supporters of the Metiers d’Art in the section entitled “The rule of talent” for her role as Director of one of Italy’s most important restoration and conservation schools. Thanks to a skill and passion for teaching now at the disposal of the talented young restorers of tomorrow, she has helped the school to grow and become a unique centre of international standing. Thanks to her teachings, these young restorers will be able to carry the torch of special skills admired the world over, which make Italy a key centre for restoration work on the world’s artistic heritage.