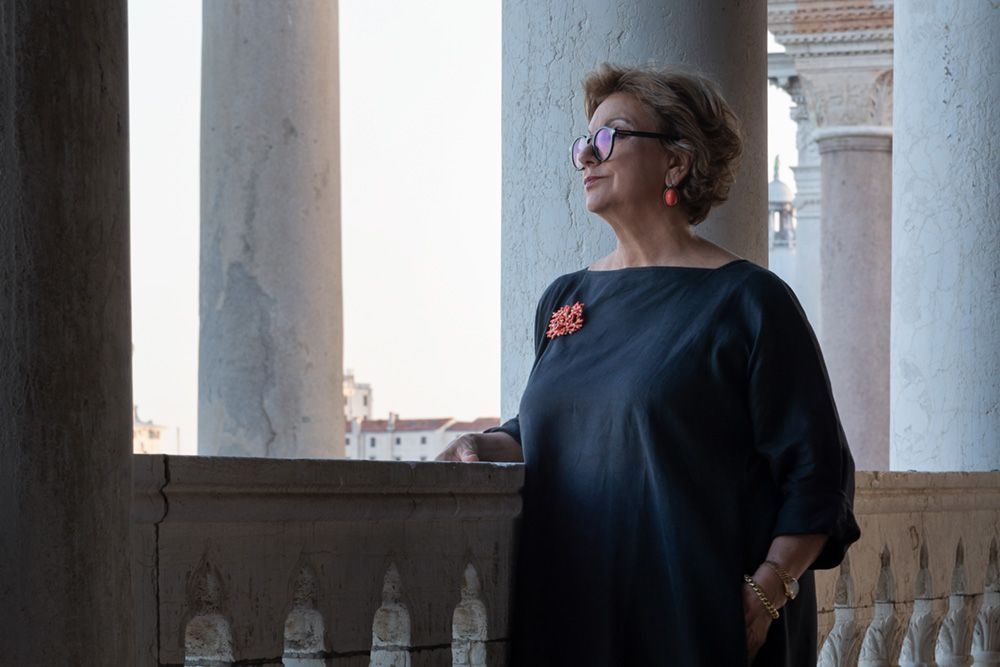 Gabriella Belli was born in Trento in 1952. She graduated from DAMS (School of the Arts, Music and Performance) in Bologna with a thesis in the history of art, and went on to specialise as a contemporary art critic at Parma University. She started work in 1978 when she won a place at the Superintendency of Historical and Artistic Heritage of Trentino, working in the department for Protecting and Cataloguing artistic assets. In 1981 she became the curator of the Museum of Buonconsiglio Castle, and in 1982 accepted the appointment for designing the Modern Art Museum of the Autonomous Province of Trento, to be housed inside a historic Renaissance building, Palazzo delle Albere, in Trento.

In 1989 she was appointed Director of the MART (the Museum of Modern and Contemporary Art of Trento and Rovereto), a new organisation bringing together Trento’s Palazzo delle Albere and the Fortunato Depero Gallery Museum in Rovereto. In December 2002, under her guidance, the new premises of the MART in Rovereto designed by Swiss-born architect Mario Botta were inaugurated. In 2009, based on her original museography project, she reopened the renovated premises of the Casa d’Arte Futurista Depero (the Depero House of Futurist Art) in Rovereto.

She has undertaken specialist projects in the field of futurism and historical avantgardes of the early twentieth century.  From the early ’90s to November 2011, she personally curated, for the Museum of Modern and Contemporary Art of Trento and Rovereto (as well as other Italian and foreign museums) more than 60 exhibitions of modern and contemporary art, architecture and design. Above all, she has organised major exhibitions offering a transversal, interdisciplinary interpretation of phenomena or topics of great interest for contemporary audiences.

In December 2011 she was appointed Director of the Foundation of Civic Museums of Venice, an umbrella organisation for eleven of the city’s most important museums, including Palazzo Ducale, Ca’ Rezzonico, Correr and Ca’ Pesaro, the Fortuny Museum, Palazzo Mocenigo and the Glass Museum. Her work for the Foundation has also included an intense schedule of temporary exhibitions of a high scientific profile.

She is a member of the National Committee for promotion of Italian Culture Abroad of the Ministry of Foreign Affairs. From 2002 to 2012 she was President of the National Association of Italian Contemporary Art Museums (AMACI). In 2011 she received the Order of Merit for Arts and Letters from the French Minister of Culture, and the ICOM–Italia award for best museologist of the year.

She has been presented the MAM Award for Supporters of the Metiers d’Art in the section entitled “Heritage” due to the importance of her outstanding cultural work in the artistic field and in museums, as well as her work as curator in creating all-new, complex and transversal interpretations, for her constant dedication to protecting Italy’s artistic heritage, with true sensitivity for the contemporary applied arts and for her insightful management of Venice’s Civic Museums, resulting in numerous exhibitions of a high scientific profile designed to showcase heritage.