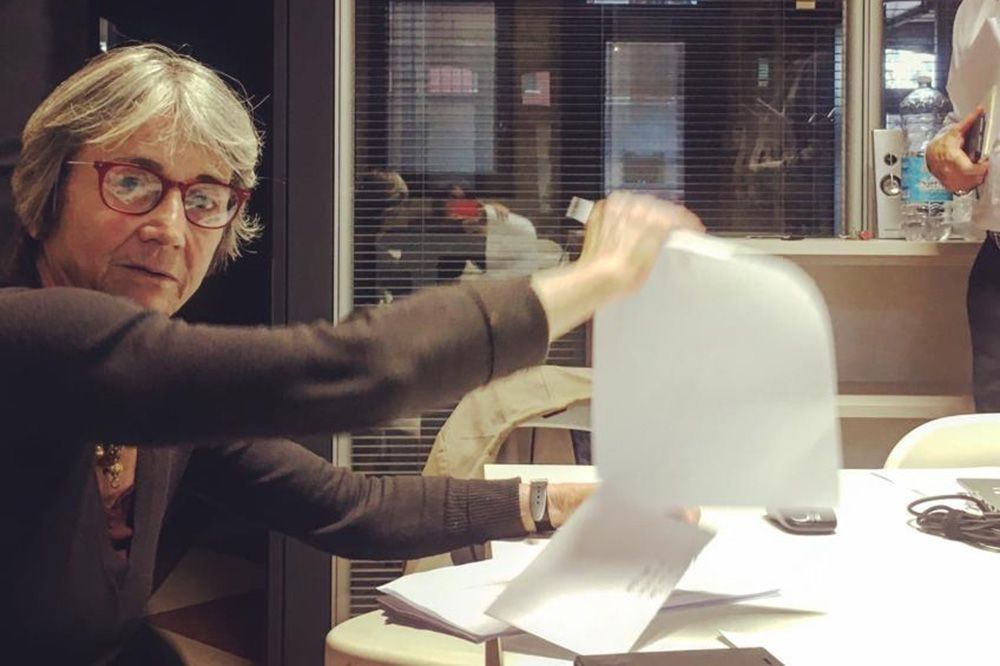 Emanuela Bassetti is currently Vice President of Marsilio Editori and President of Civita Tre Venezie. Awarded the “Cavaliere della Repubblica” (Order of Merit of the Italian Republic), since September 2019 she has been a member of the Board of Fondazione di Venezia.

Born in Milan on 2 January 1950 to a family of textile entrepreneurs, she went on to marry Cesare De Michelis. Thanks also to her Milanese education and entrepreneurial background, they were able to embark on a challenge to develop a complex cultural industry in Venice. An industry rooted in the local area but with a global outlook, based on excellence and quality but capable of supporting itself financially; a system that would have a strong intellectual structure, and an equally sound entrepreneurial perspective.

For over forty years, Emanuela Bassetti has dedicated her energies to the cultural industry, which revolves around the world of books, exhibitions, museums, bookshops and services.

She studied in Milan and graduated in philosophy from Milan’s Università Statale in 1973. From 1972 to 1974 she worked at Electa Editore publishing house in Milan, before moving on to Guaraldi Editori in Florence, followed in 1976 by Marsilio, an independent publisher based in Venice belonging to the De Michelis family and the Feltrinelli Group. Today it is one of the most important cultural ventures in the Triveneto area, and one of Italy’s largest publishers.

At Marsilio she went from working as Editor-in-Chief to Executive Editor, General Manager and Managing Director, playing a role in the growth of the publishing house from small Padua-based business to its current dimension of a medium-sized company which has witnessed runaway success stories. When Cesare de Michelis died in 2018, she took over his position as President, whilst maintaining a specific role in research and development for exhibitions and catalogues. When Feltrinelli entered Marsilio’s corporate structure in July 2020, she became Vice President.

In 2008 she was appointed Managing Director of Civita Tre Venezie, and since 2012 she has been its President and Managing Director. A subsidiary of Civita Cultura Holding, Marsilio and Fondazione di Venezia, it plays a crucial role in organising cultural events and managing cultural asset-related services in Triveneto. Under her leadership, the company has increased its turnover five-fold, going from one to five million Euro, with more than 40 employees. It has earned worldwide-exclusive orders, the latest of which was for Homo Faber, promoted by the Michelangelo Foundation on the island of San Giorgio.

Communication for the Metiers d’Art

She has been presented the MAM Award for Supporters of the Metiers d’Art in the section entitled “Communication for the Metiers d’Art” for the outstanding attention and care she has always dedicated, in her work as publisher, to promoting fine craftsmanship, publishing prestigious volumes and series. In particular, the series of monographies entitled “Mestieri d’Arte” is dedicated to various fields of the Metiers d’Art, and the “Ricerche” series, which for several years have been published in conjunction with Fondazione Cologni dei Mestieri d’Arte. Under her guidance, the publishing house has also distinguished itself for the flawless, crafted quality of its publications of a truly elegant, sober nature.