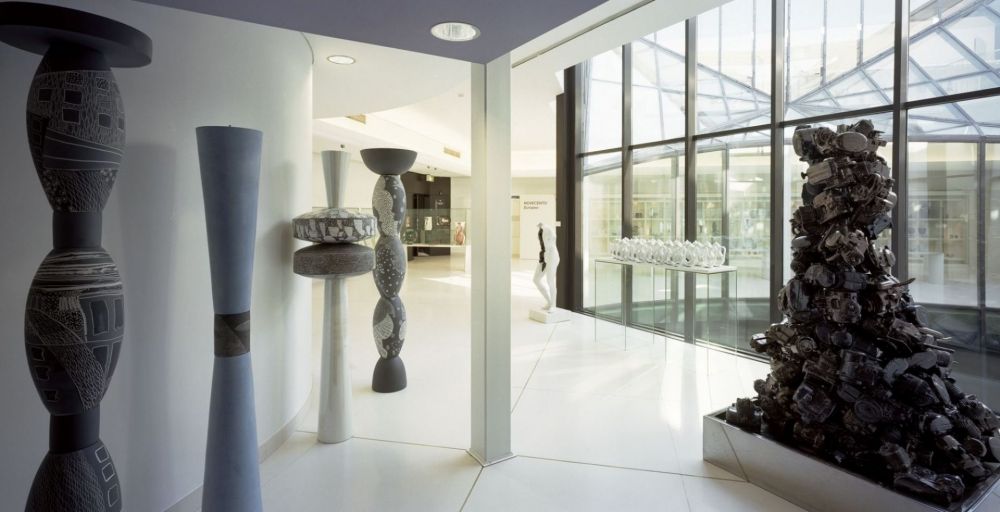 Director of the International Ceramics Museum in Faenza

The International Ceramics Museum in Faenza was founded in September 1908 at the end of the great International Exhibition dedicated to Evangelista Torricelli, which displayed objects crafted by numerous Italian and European manufacturers. The donation of ceramic works by the exhibitors formed the original core of the Museum and the collection was progressively enriched with other pieces. Gaetano Ballardini, the director until 1953, did much of the work to establish the museum. Its growth came to an abrupt halt in May 1944 when the town was shelled and it was almost completely destroyed with serious and unrecoverable losses from the collection and archives. With great determination, the help of collaborators and the Faenza community and the support of a rich network of national and international contacts, Ballardini restored the collections, breathing new life into the Museum. The original aims laid down in the statute - to acquire, conserve and above all promote the production of traditional local ceramics – are still current. Since 1 July 2002 the International Ceramics Museum Foundation in Faenza has managed the Museum.

Founded on the initiative of the Museum in 1932 the International Competition of Modern Art in Ceramics “Faenza Prize” marked the cultural history of Faenza in the 20th century and has been a benchmark in the world of ceramics since the 1970s. Over the years the most important exhibitors of modern ceramic art have taken part and indeed still do.

An award to museums/collections open to the public and dedicated, all or in part, to excellent works of craftsmanship